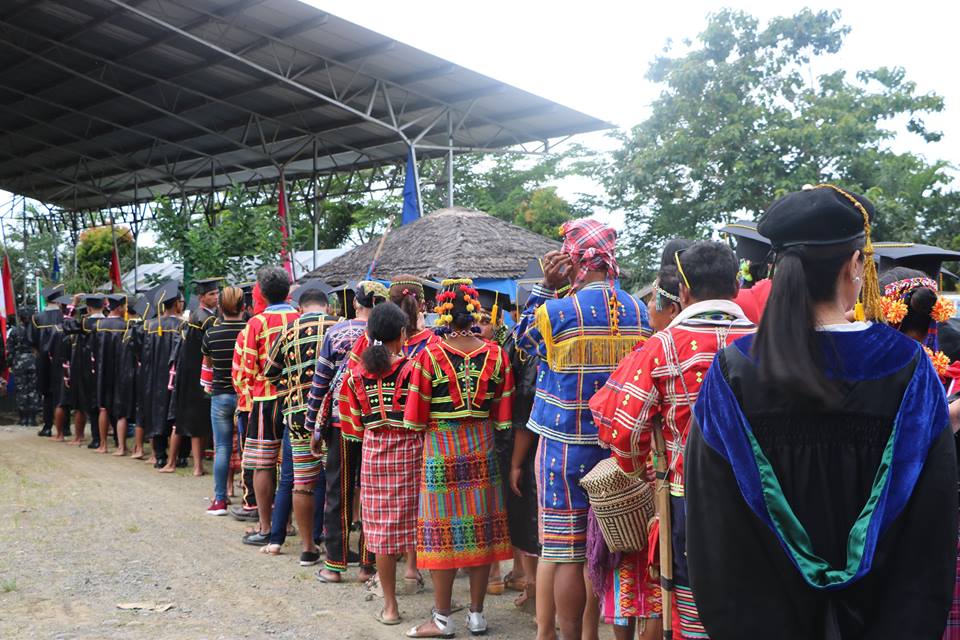 Thirty Six (36) students were officially declared as graduates of the ladderized program for Bachelor in Agricultural Technology (BAT) together with their supportive escorts who took part in the celebration of this success. Full of pride and honor, the graduates marched in their own land making the best of the history as first ever batch of IP agri-tech diploma graduates.

As part of the ceremonial rites, the graduates were awarded of their diplomas and certificates as proofs of the excellence they have shown. The excitement doesn’t end there as they further received agricultural starter kits and certificate of entitlement donated by Gov. Anthony G. Del Rosario. IP leaders and other representatives from different institutions and departments were also recognized for their invaluable support to the IP community.

It can be well-remembered that the said campus started only as a dream to uplift and develop the community and culture of Talaingod. Now, through the collaborative efforts of the Province of Davao del Norte headed by the visionary governor Anthony G. Del Rosario, Davao del Norte State College and its College President, Dr. Jonathan A. Bayogan, DAVAO DEL NORTE LEARNING INSTITUTE, Southern Philippines Agri-Business and Marine and Aquatic School of Technology, Municipality of Talaingod and the National Commission on Indigenous People, they were able to produce IP graduates fully equipped with the skills and knowledge essential in developing and transforming their own community in terms of education and agriculture.

The IP community and other instrumentalities that helped for the attainment of this pursuit are looking forward for the graduates to accomplish greater things in life as they continue to seek for excellence.