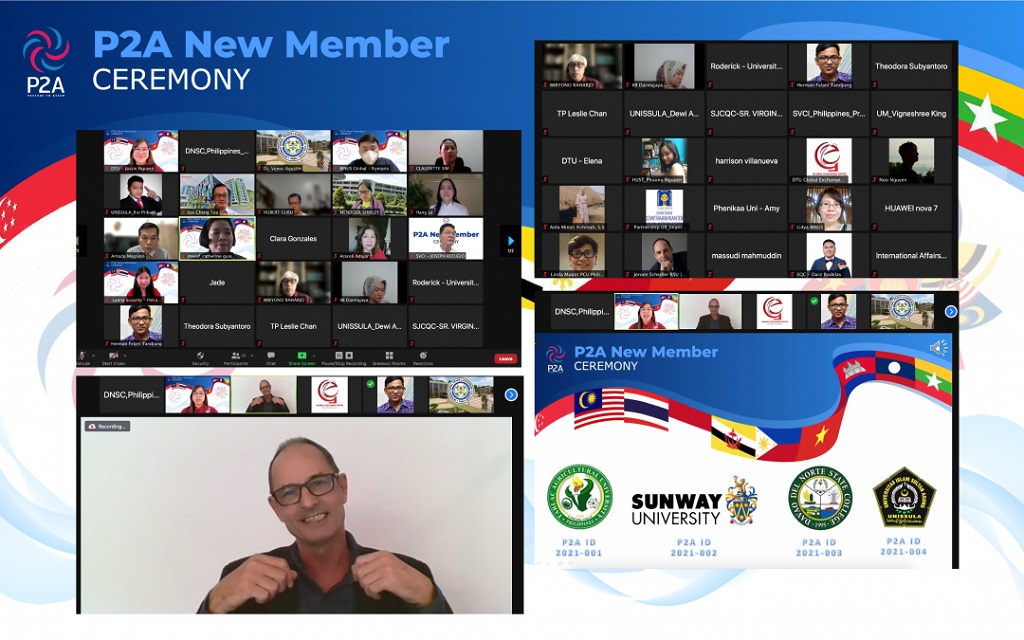 PANABO CITY – Davao del Norte State College was officially welcomed as the new member of the prestigious and biggest Passage to ASEAN Network. During the Welcome Ceremony last September 30, 2021, 9:00 in the morning (Vietnam time), via Zoom, DNSC was declared as a new member, P2A ID 2021_003.

P2A is a non-profit Network that was officially formed in June 2012 during the First Assembly of Representatives hosted by Rangsit University in Thailand and attended by Duy Tan University in Vietnam and other ASEAN Institutions. During this time, the concepts of P2A were established, which were based on the vision of the ASEAN Charter; “One Vision, One Identity” and creating “One Caring and Sharing Community”.

Passage to ASEAN is driven by the need for regional solidarity and a shared responsibility towards people and society as a whole. P2A was initiated with the principle that higher education should be a leader in the development of society. This membership is part of the College’s efforts to attain its vision of becoming a premier higher education in Agri-Fisheries and Socio-Cultural Development in the ASEAN region. Along with DNSC, other member institutions were also welcomed such as Sunway University (Malaysia), Sultan Agung Islamic University (Indonesia), and Tarlac Agricultural University (Philippines).