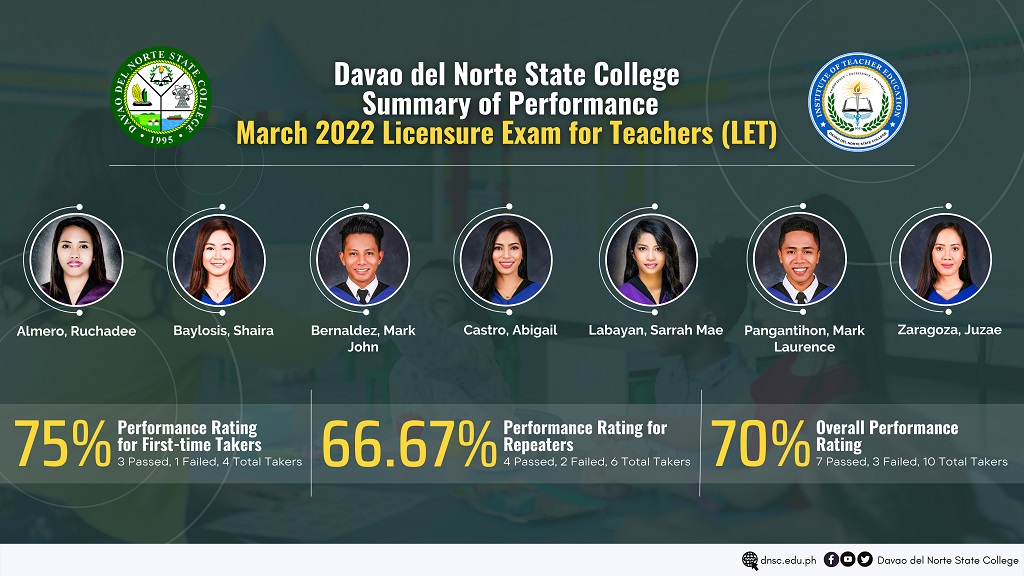 PANABO CITY – Results for the March 2022 Licensure Examination for Teachers (LET) were released last April 29, 2022, twenty-five working days after the exam was administered. For the secondary level, 7,809 secondary teachers out of 18,717 examinees successfully passed the LET, resulting in a 41.72% National Passing Percentage for this batch.