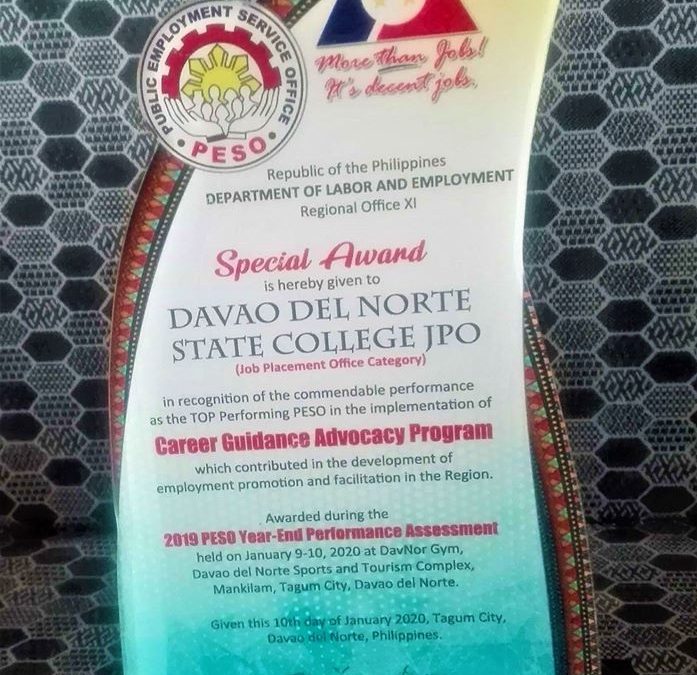 To appreciate the agencies and offices which contributed to the region’s employment accomplishment this year, the Department of Labor and Employment (DOLE) Region XI hosted an awarding ceremony last January 9 – 10, 2020 at the DavNor Gym, Davao del Norte Sports and Tourism Complex, Mankilam, Tagum City.

DNSC’s Career Guidance Advocacy program won the Top Performing PESO for educational institutions category. Three other programs from the College’s Job Placement Office (JPO) were nominated for the award; the PhilJobNet, Job Fair, and Employment Program and Services. All initiatives were key in the development of employment promotion and facilitation in the region.

In behalf of the College, the award was received by Job Placement Officer Maricielo Paula Funa. Davao del Norte State College is using its resources in ushering and equipping its students to be effective human resources in the employment world.