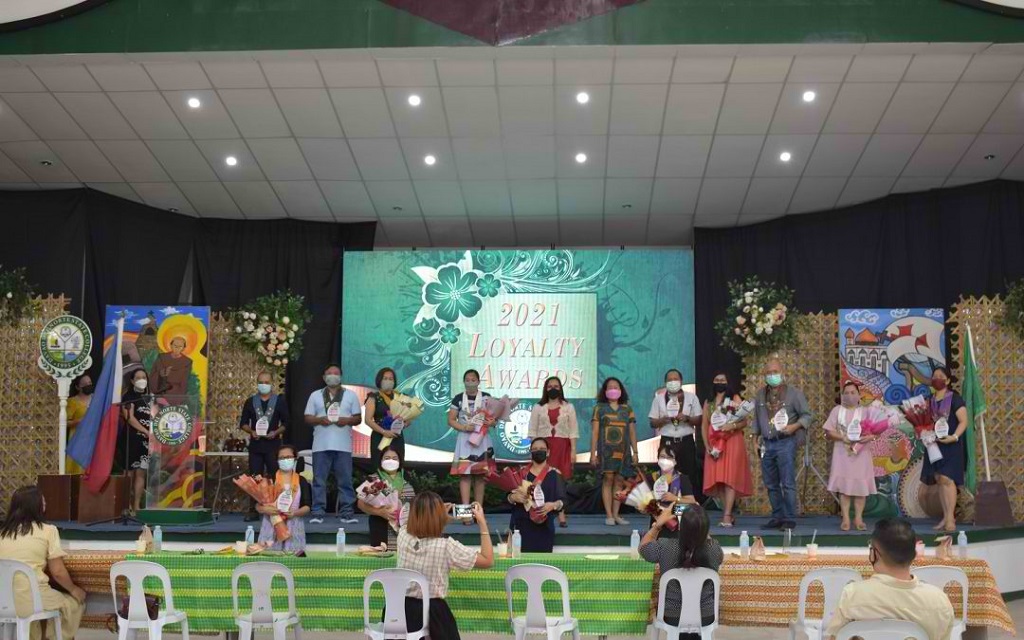 PANABO CITY – The Civil Service Commission (CSC), head agency for the annual celebration of the Civil Service Anniversary every September, introduced a ten-year theme for this year’s celebration; Transforming Public Service in the Next Decade: Honing Agile and Future-Ready Servant Heroes.

The theme highlights the actions and reforms taken by human resource offices of government agencies in ensuring continuous operations despite the pandemic. It also looks forward to the future of human resource management as it recovers, alongside the whole nation, from the health crisis.

In Davao del Norte State College, the celebration was led by the Office of Human Resource Management (HRMO). The Civil Service Banner was raised last September 1, 2021 and the Civil Service Song is included in every flag-raising ceremony. The HRMO also hosted a webinar that mainly discussed Republic Act No. 11032 or the Act Promoting Ease of Doing Business and Efficient Delivery of Government Services last September 29, 2021. The resource speaker was Atty. Carolyn G. Larena-Redido from the Civil Service Commission Region XI.

In the afternoon, faculty members and staff enjoyed Sports and Cultural Development Competitions. For the Instrumental Rendering, the Institute of Teacher Education (ITED) emerged as champions, followed by the Institute of Computing (IC), then the General Administrative and Support Services Organization (GASSO), the Institute of Leadership, Entrepreneurship and Good Governance (ILEGG), and the Institute of Aquatic and Applied Sciences (IAAS).

For the pop duet, ITED was declared again as champions, ILEGG placed second, followed by IC, GASSO, and IAAS. The folk dance competition was dominated by ITED, followed by a second-place tie between IC and GASSO, then IAAS. ITED clawed the first place again for modern dance, followed by GASSO, ILEGG, IC, and IAAS, respectively. Faculty representatives of ILEGG were declared as champions for the Mobile Legends competition. The runner-up was IC, and consolation prizes were given to ITED, IAAS, and GASSO.

On September 30, 2021, the celebration was capped with the Presentation of Research, Extension and Production (REP) Awardees and Loyalty Awardees. Eleven faculty members received REP Awards while fourteen personnel were given loyalty awards. In the afternoon, a Tribute to the Retirees was aired on the official Facebook page of the College to honor nine retirees who had left government service. The celebration was especially crafted to honor the personnel who have been civil servants for many years and to also provide an avenue for learning and development for those who are new in the service.