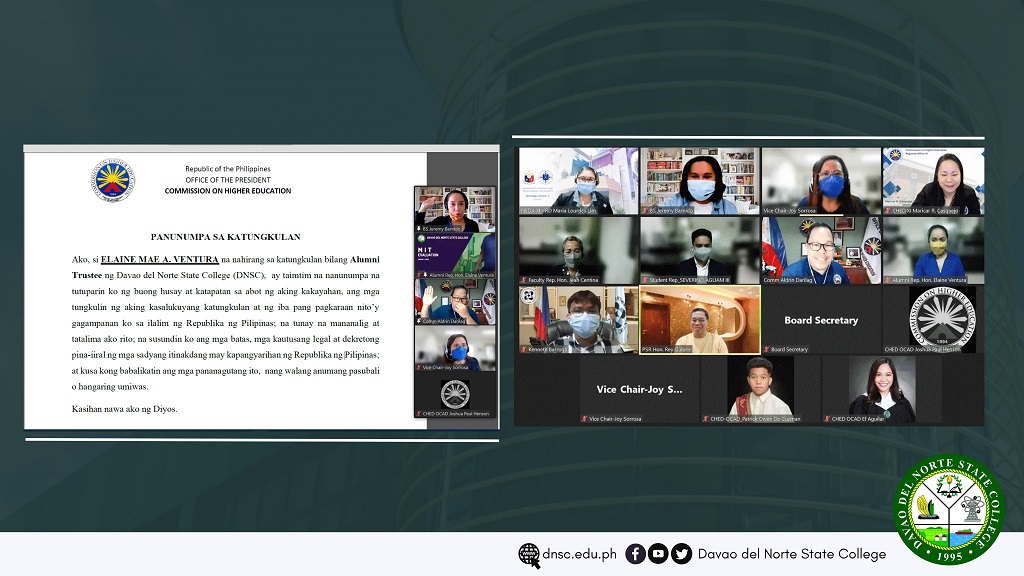 The BOT meeting was conducted virtually via Zoom on April 27, 2022. Ventura’s oath-taking was administered by Commissioner Aldrin A. Darilag of the Commission on Higher Education, chair of the DNSC BOT, witnessed by the rest of the BOT members, including College President Joy M. Sorrosa.

Hon. Ventura is set to fulfill the duties and responsibilities of being the Alumni president and trustee for two years. She graduated from the College’s Bachelor of Science in Marine Biology (BSMB) program last 2009. The Board of Trustees is the highest policy-making and governing body of the College.