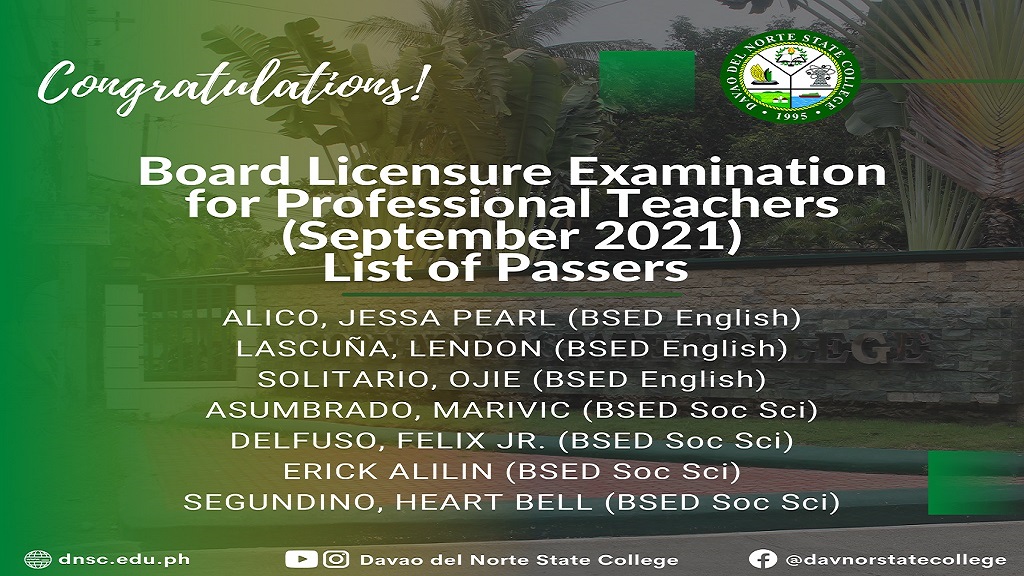 According to Dr. Arnold M. Duping, Dean of the Institute of Teacher Education, the Bachelor of Secondary Education Major in English Program of the college garnered a 100% passing performance. The rest of the first-time takers who were not English majors were unit earners.