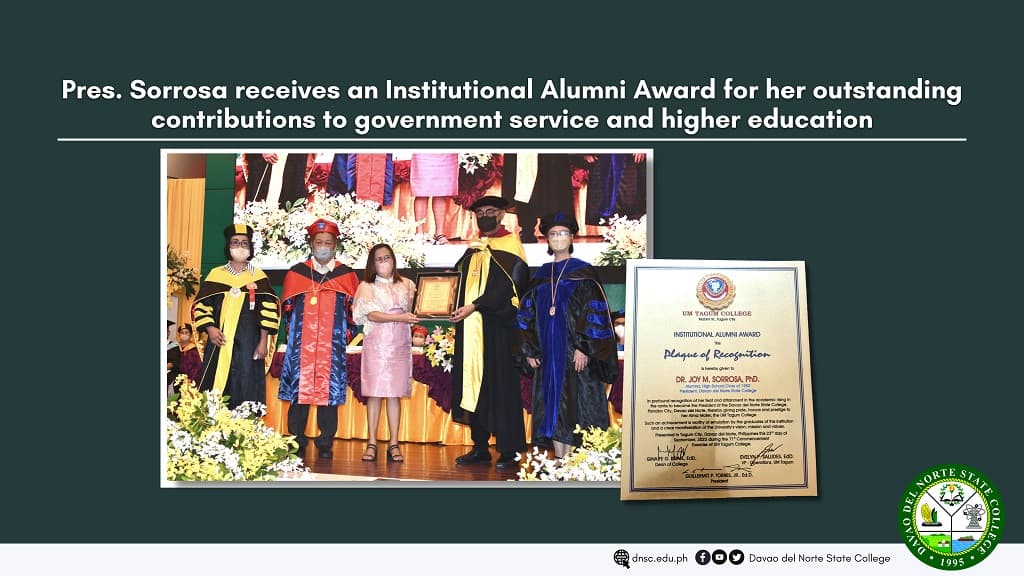 The award was given during the 71st Commencement Exercises of UMTC on September 23, 2022 at Tagum City, Davao del Norte. President Sorrosa is an alumna of UMTC and was part of its High School Class of 1982. The plaque of recognition highlighted that the achievement of the president is worthy of emulation.

Dr. Sorrosa became president of DNSC in 2019 and had launched its campaign toward becoming a university. Under her leadership, the College was able to upgrade the accreditation status of its programs and receive certification of program compliance from the Commission on Higher Education. The College also welcomed its largest population of enrollees and had seen a huge progress on infrastructure works.

DNSC was recently awarded as a Global Sustainable Development Goals Champion by the National Economic and Development Authority XI, strengthening its impact on alleviating poverty and leaving a good footprint in the world.