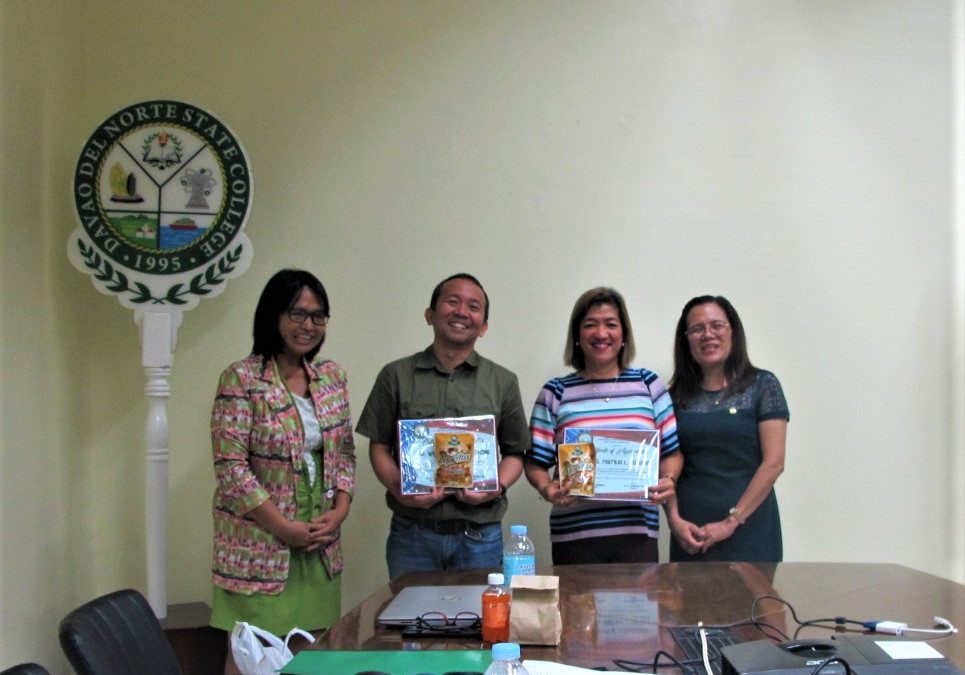 On February 2, 2021, the Philippine Senate Committee on Higher, Technical and Vocational Education heard House Bill No. 7537; “An Act Establishing Campuses of the Davao del Norte State College (DNSC) in the Municipalities of Carmen and Sto. Tomas, and in the Island Garden City of Samal, Province of Davao del Norte, to be known respectively as the DNSC – Carmen Campus, DNSC – Sto. Tomas Campus, and DNSC – Island Garden City of Samal (IGaCoS), and Appropriating Funds Therefor”.

The bill was filed by Davao del Norte Second District Representative Alan “Aldu” R. Dujali, and was introduced together with representatives; Mark O. Go and Eric Go Yap. The abovementioned bill aims to expand the reach of the College in providing short-term, technical-vocational, undergraduate, and graduate programs relevant to the needs of the province, as well as undertake research and extension services that will contribute to the development of the targeted areas.

Davao del Norte State College is working closely with the Commission on Higher Education Region XI, headed by Director Maricar R. Casquejo, the Office of Congress Representative Alan R. Dujali, and the Local Government Units of Carmen, Sto. Tomas, and IGaCoS to fulfill the requirements of establishing the expansion campuses. Currently, DNSC’s main campus is situated in Barangay New Visayas, Panabo City. It has an annex campus in the Municipality of Carmen and an extension campus in the Municipality of Talaingod.

The College looks forward to deliver its mandate and serve more students and communities through this expansion. Its heartfelt appreciation goes out to all officials for supporting the bill and to the prospective stakeholders for considering DNSC as a future partner in education. The bill was approved by the said Committee and was endorsed for a Senate Plenary session.