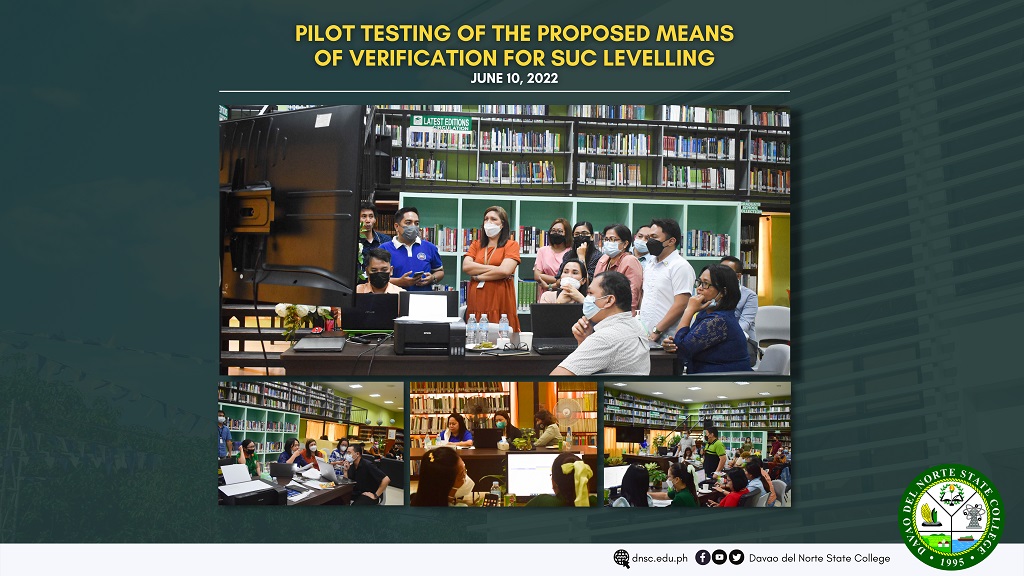 PANABO CITY – The Commission on Higher Education (CHED) national and regional offices led the coordination among the State Universities and Colleges (SUCs) in Region XI for the conduct of the Pilot Testing of the Proposed Means of Verification for SUC Levelling last June 10, 2022.

Davao del Norte State College hosted the activity and welcomed the CHED Technical Working Group for SUC Levelling, headed by its chair, Dr. Luisa Valencia. The TWG was accompanied by the representatives from CHED’s Office of Institutional Quality Assurance and Governance (OIQAG). The CHED Regional Office was also in full force with Regional Director Maricar Casquejo, highlighting the importance of having a collective understanding of the documents needed for the evaluation during her opening message.

A short workshop for the encoding of documents was facilitated in the morning, followed by presentations of outputs in the afternoon. The SUC Levelling determines the classification level of State Universities and Colleges by assessing their performances in multiple indicators.