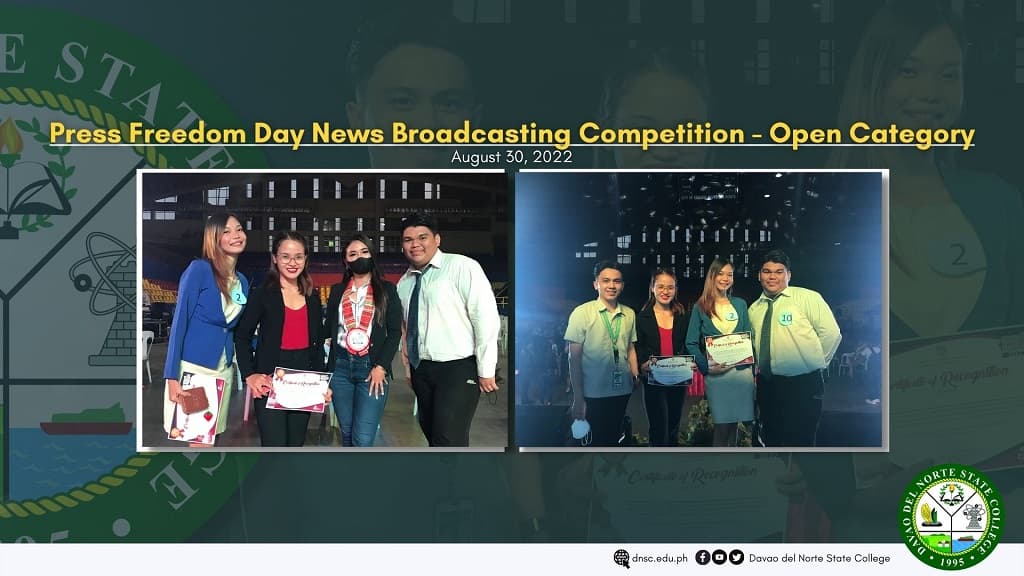 PANABO CITY – The Local Government Unit of Panabo, through its City Information Office and media partners, spearheaded the celebration of Press Freedom Day, as declared in Republic Act 11699, signed into law by then President Rodrigo Roa Duterte.

One of the highlights was the News Broadcasting Competition for Senior High Schools and Open (mostly tertiary schools) Categories. Davao del Norte State College’s broadcasting team qualified from the preliminary screening and were included in the best ten. Ivy Parido, a student of the Bachelor of Arts in Communication, finished at second place in the competition. Caren Jane de Vera, also a student of BA Comm, landed the fifth spot, while Allen Ryan Naungayan from the Bachelor of Science in Social Work was the Top 10 finalist.

They were mentored by Mr. Daniel Fritz Silvallana and Mr. Sigfred Navasquez. The competition was held at Panabo City Gymnasium on August 30, 2022.