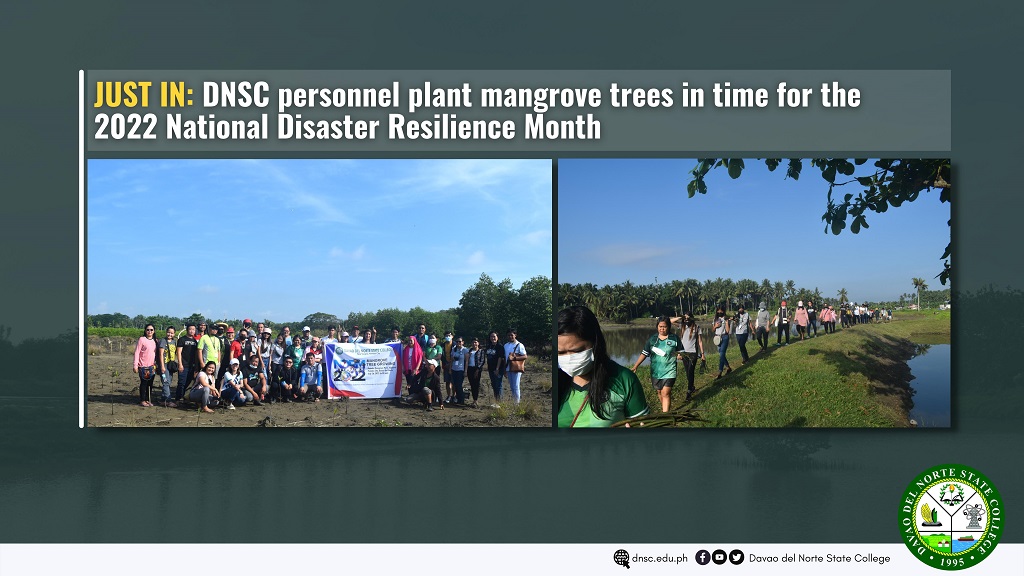 The activity showed the college’s strong commitment to ecosystem-based disaster risk reduction and management, as well as the fight against climate change.  According to a published article in the Florida Museum, mangroves can protect shorelines from dangerous winds, waves, and floods. They can also help in stabilizing coastline ecosystems and are deemed as a natural solution against climate change. The initiative was organized by the Committee on Disaster Resilience and Administration, led by Mr. Boyeth C. Pelone.

Representatives from the City Environment and Natural Resources Office (CENRO) gave a short briefing on the mangrove species observable in the site and how to correctly place the propagules to help them thrive. An estimate of more than 600 propagules were planted through the activity.