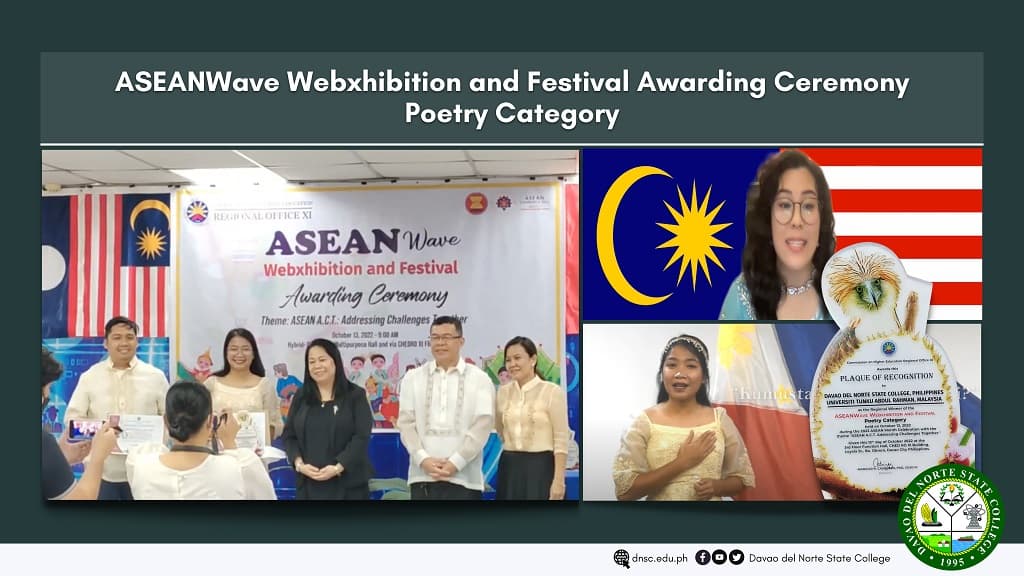 PANABO CITY – As part of the country’s participation in the celebration of the 55th founding anniversary of the Association of Southeast Asian Nations (ASEAN), the Commission on Higher Education (CHED) launched the ASEANWave Webxhibition and Festival 2022, Philippine Edition.

The festival featured competitions that required a collaboration between a higher education institution in the Philippines and an international partner. The regional leg of the festival was facilitated by CHED’s regional offices. In Region XI, Davao del Norte State College’s entry on poetry writing, in partnership with the Universiti Tunku Abdul Rahman, Malaysia, was selected as the regional winner and an official entry to the national competition.

DNSC faculty member, Czarina Nicole Lara Lanes, and UTAR student, Celeste Tan, were the writers of the entry entitled, Transnational Transcriptions. The poem exhibited a recollection of the two writers when they first met virtually and how they introduced themselves to each other using food, history, poetry, and culture. The participation was coordinated by the Internationalization Initiatives and External Affairs Office, headed by Mr. Daniel Fritz Silvallana.