DNSC renews support to the nationwide call for earthquake preparedness 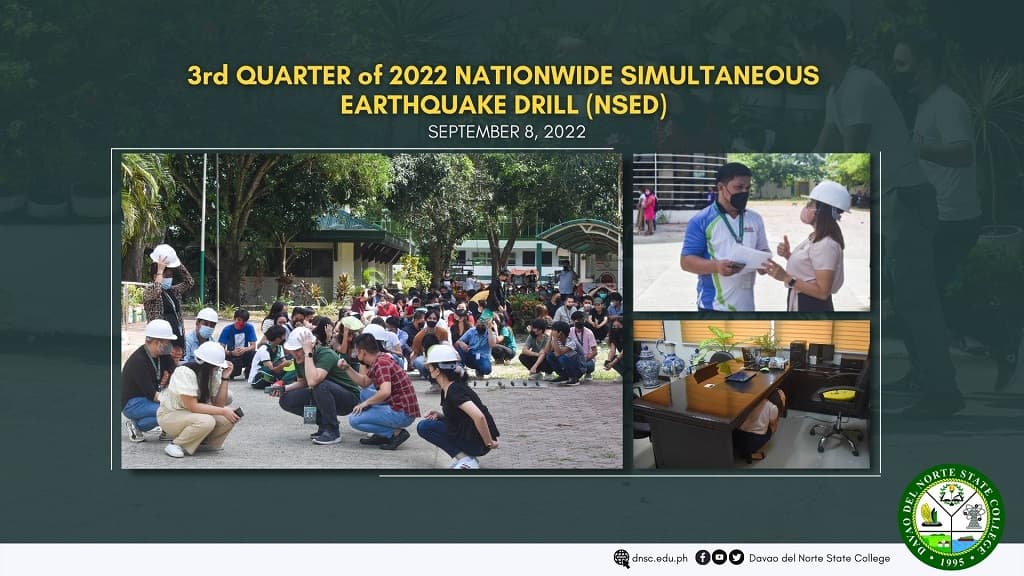 All college personnel, students, and clienteles performed the earthquake protocol of duck, cover, and hold after the alarm system was activated. The virtual ceremonial pressing of the alarm button was done via the official Facebook page of NDRRMC.